Islington Council’s proposal to make much needed, major improvements in Barnard Park continues to move forward. The report on a public consultation undertaken last summer has now been made public on the Council website. It is certainly worth taking a look at the report. It includes an analysis of public responses.

The responses to the proposal were generally positive. As a result of public comment, the cobbled road near the Hemingford Road entrance will be largely spared with its historic significance detailed in a signboard. Surprisingly, the report revealed an interest in roller skating which the new paths will accommodate.

The Friends of Barnard Park generally support the plan which was the result of many years of consultation and compromise. It will result in a functional, biodiverse space which will be valuable to the community. One local flashpoint could be a 10pm closure of the football pitch included in a draft sports management plan when 9pm was the expected cut-off time in a residential neighbourhood. 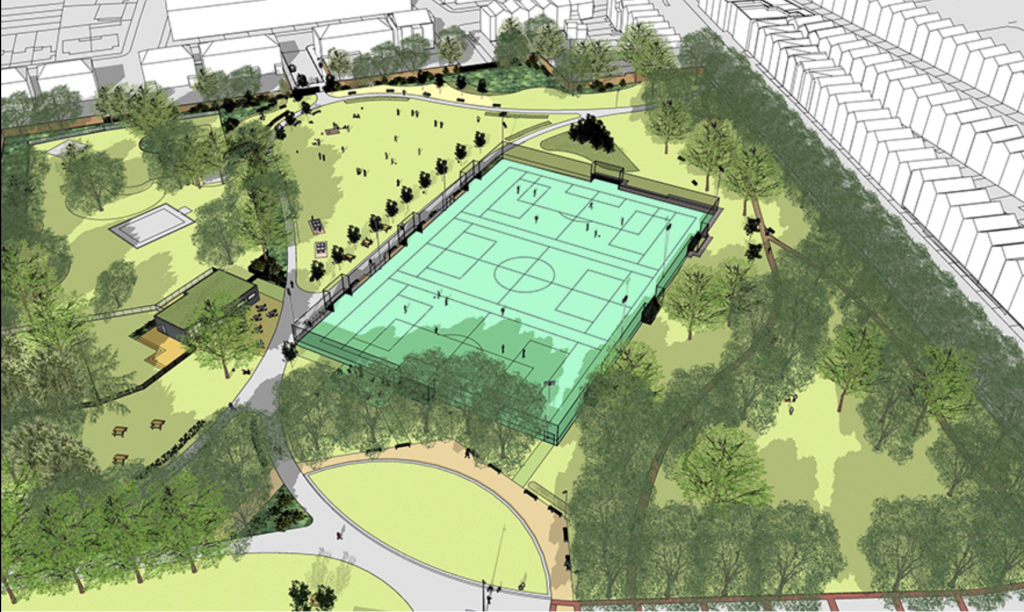 Planning application submitted for the regeneration of Barnard Park

This entry was posted in Park Business. Bookmark the permalink.